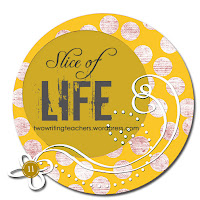 "I want that, NOW!", screeches my youngest.

There is not a lack of shouting and yelling in my home. Don't get me wrong, there are marvelous moments of sharing, cuddling, and talks of always being best friends. However, they are brothers who are contained in the same house like mice in a maze. The yells and shouts go through one ear and quickly escape through the next but there are those moments when you freeze in your tracks and listen. There are those distinct cries, yells, bellows that make the goosebumps on your arms raise while you sprint to your child. This was my night.

My boys were stomping around like elephants at the zoo upstairs when I heard it...that scream that made my heart stop. I heard the stomps turn into a run as my oldest sprinted towards the stairs. "Mama, come quick...J is really hurt!" I bounded up the stairs, 2 to 3 at a time, and was greeted at the stairs by my oldest son who quickly denied having anything to do with this particular incident.

My youngest was screaming with his hands out...signaling in mime what had happened. I scooped him up into my arms and noticed the crimson streak that was oozing on his cheek. No time to check it right now, time to sprint to the freezer in hopes of haulting this monster of an injury. My ears were ringing as I reached natures freezing medicine...the ice cube. As J peeled his face off my shoulder I saw it...two tiger claw marks down his cheek and a purple monster protruding out of his forhead. There was going to be a knot on his head for a few weeks. As I bundled up the ice and gently cradled my baby, the story began to pour out of T's mouth. "Mama, it wasn't me. J was climbing like he always does and lost his step. He fell down and smooshed my trains. Is he going to be ok?" I quickly comforted my oldest while persisting with the ice pack on my babies head. We all cuddled under the covers while nature's miracle numbed the fresh wound. Being the mom and daughter that I am, I called my mom to ask for advice. She always has the answers and reassured me that I was doing what needed to be done and that he would be fine.

When they were younger you could put them in the play pen, knowing that they were safe from harms way. The doors are locked to keep strangers out and the outlets are plugged. How do we give our children freedom to learn and grow without them getting hurt? Hurt from physical and as well emotional harm. When will someone invent a hamster ball for children? Until then, I will keep a close eye...knowing that mischief will be had when my back is turned, when I'm in the shower, or when I have my hands full with dinner. I will do my best to mend the wounds and keep my children safe.
Posted by Elizabeth G. at 8:13 AM