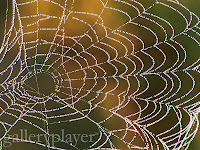 We woke to a dark morning. The clock yelled that the day had begun but our bodies were not in agreement. J snuggled in next to me, his cold feet raising goosebumps on my legs. His blanket rattling in my ears as he gently tapped the controller on my shoulder. "The Wiggles" were beckoning for us to "Wiggle and Learn."

As I lay there, watching my little guy transfixed to the television, I couldn't help but listen to nature's soundtrack. The pitter patter of raindrops as they sailed through the sky and hit the back deck. The sound changing as puddles began to form. Going from a soft plink to more of a gathered plunk. I could hear the tree's branches rattling as they were forced to bang against each other. The wind whistling me to get out from under the warm covers. The cat stretched at my feet, giving me one last kneading before starting the day.

Once my bare feet hit the warm carpet, it was time to gather the boys clothes for the day. A quick tip-toe down the hallway let me know that I wasn't the only one who was fooled by the darkened sky. T was still nestled in his bed, one leg hanging out from under the covers, toys scattered like crumbs on the floor, and a soft growling coming from his opened mouth. I quietly made my way back to the room, determined that our day could start a little later. Rainy days may not be fun to go out in when you are in a hurry, but enjoying the dark skies for a moment longer when still in your pj's never hurts.
Posted by Elizabeth G. at 10:24 AM